The Fall and Rise of

How We Got to one Party system

Since Kenya gained its independence on December 12 1963, it has been shaped primarily by the Kenya African National Union (KANU) and the de facto one-party system in place (which became a de jure one-party state in 1982). The one-party system was a trend that could be seen all over the African continent during the 1960s, and by the early 1970s, all but a few countries in Africa were one-party states. Of course, this did not mean that the one-party states mirrored each other, rather, there were important differences between the different countries.

Furthermore, a trend that was obvious across the continent was one of personalizing power in the hands of the party leader, who also became state president. In the case of Kenya this power landed first in the hands of Jomo Kenyatta (1964-1978), and later with Daniel arap Moi.

Furthermore, there was a general move away from federal and quasi-federal systems of government to unitary systems, as in Kenya were federal elements of the constitution were removed in 1964. All of these trends point to centralization of power, personalized by the president. Very often this meant that power was diverted from party organs to the bureaucratic machine instead, as evidenced in Kenya. The main argument for retaining a one-party system was always for the sake of political stability.

Usually, in the one-party state context, elections are used to demonstrate that the ruling party has a mandate to continue ruling. In Kenya, competitive elections were held at least once within the one-party framework. Between 1969 and 1982, Kenya felt little need to adopt competitive elections within the one-party framework. As (at the time) a de facto single-party state, Kenya retained “a system of open party primaries, in which aspirant candidates were free to stand” which ensured a high level of competition within the party at the same time as KANU did not face any challenges at general elections held during this time period. 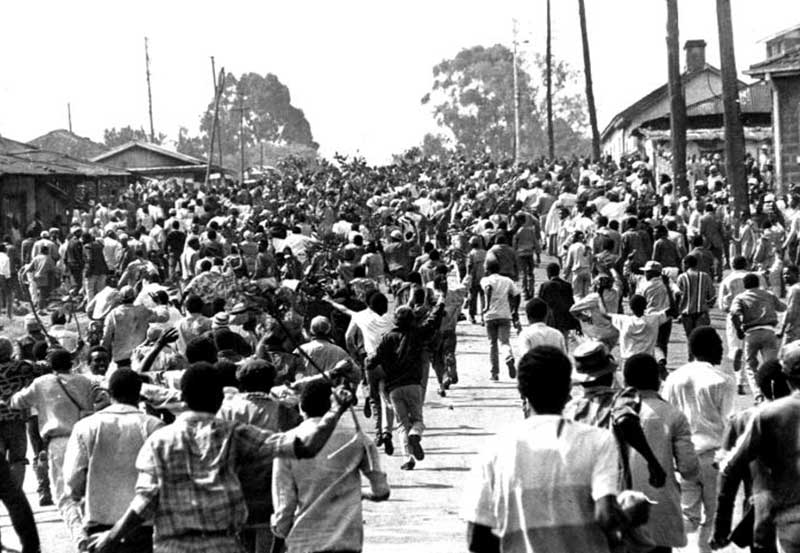 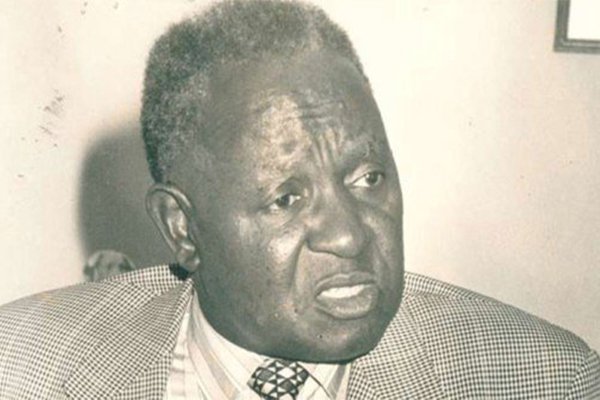 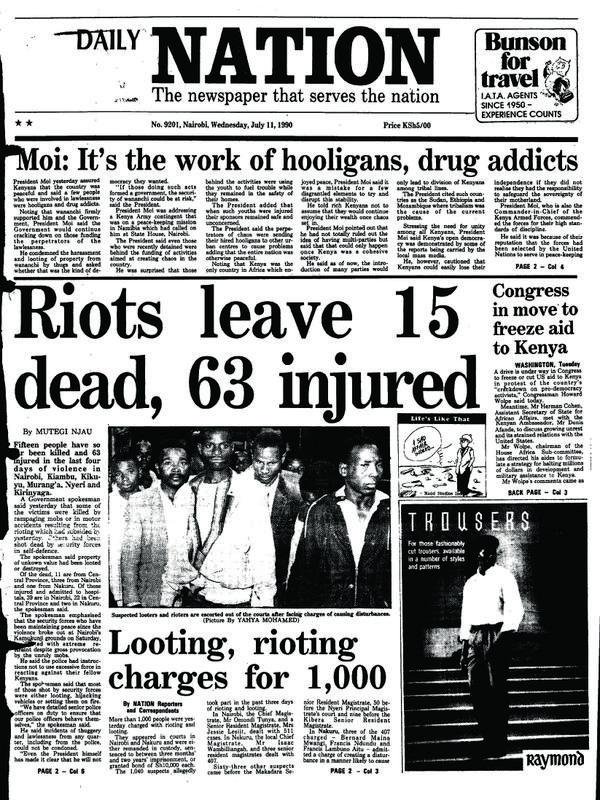 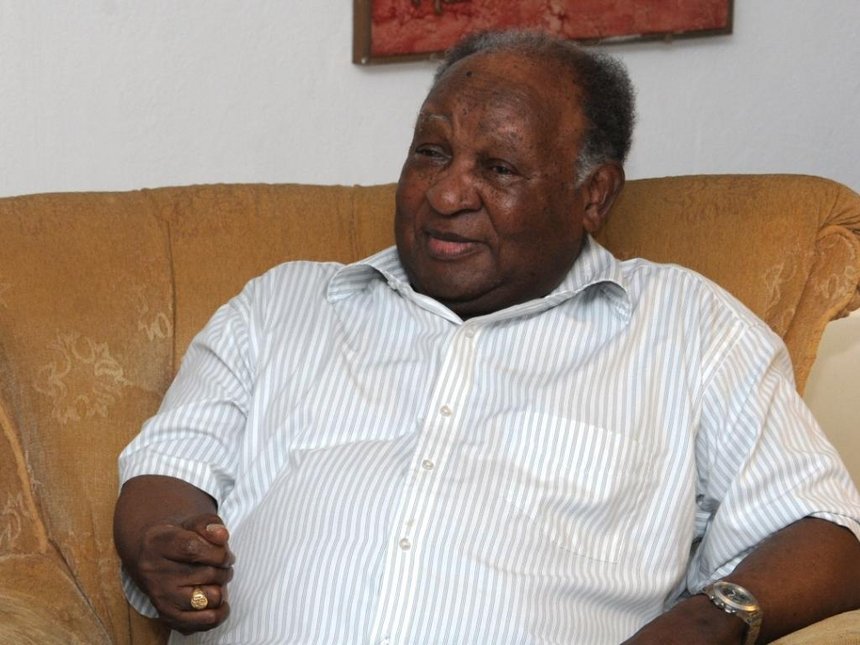 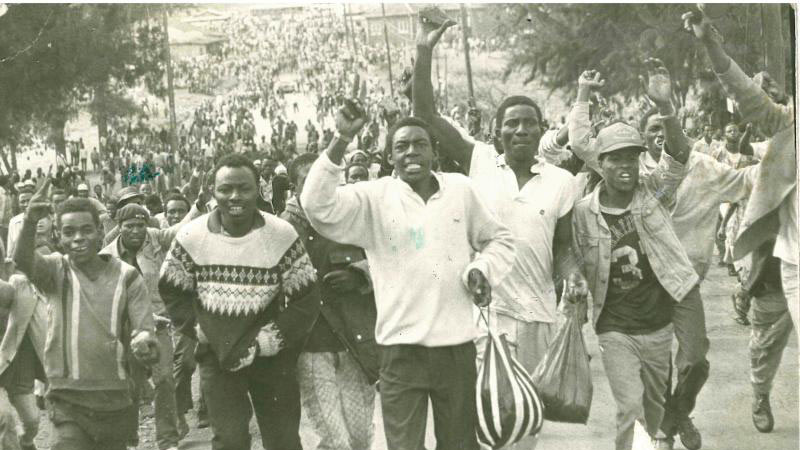 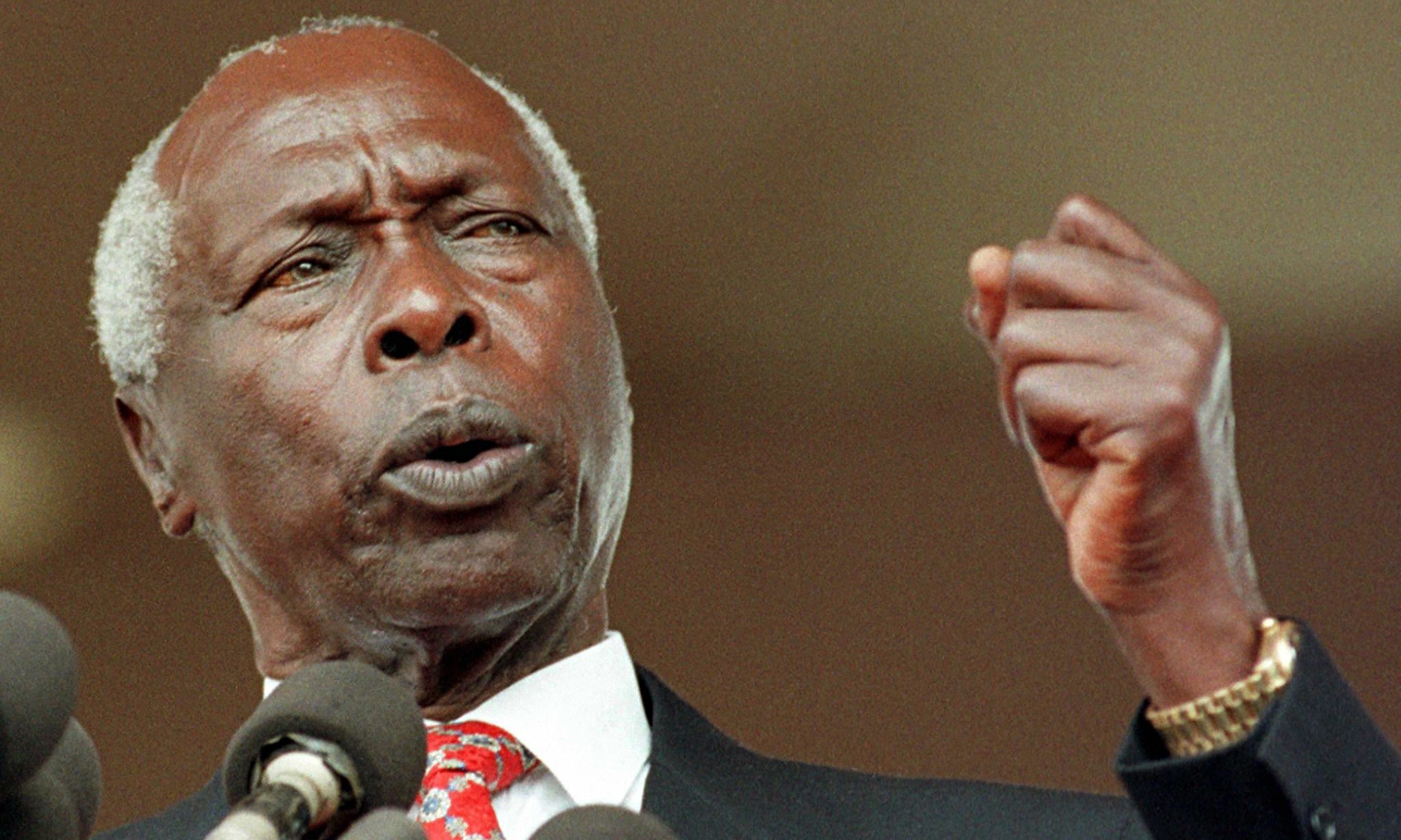 The Kenya People’s Union (KPU) emerged in 1966, a radical party ready to challenge the domination of KANU, until it was banned in October 1969. (Tordoff, 1997: 114) This party did not last long enough to qualify for study under the ICPP criterion of strength and stability. Apart from the KPU there were no other parties formed after 1962 that terminated before 2000. However, there has been a significant growth of parties during the 1990s, parties that are still continuing in 2000.

During the 1990s, a wave of democratization swept across the African continent. The wave took many different shapes and forms, and sometimes (as in the case of Kenya) international pressure was pivotal in bringing about change. In November 1991, Western donors acting through the World Bank halted foreign aid while demanding government reform. (Bratton and van de Walle, 1997: 182) Previous to 1991, the Moi government had since 1986 faced mounting criticism from Kenyan church groups, and there had also been a series of riots throughout the country in July 1990. (Bratton and van de Walle, 1997: 182)

Forum for the Restoration of Democracy (FORD) was formed in May 1991 by six opposition leaders, including Oginga Odinga (ex vice-president 1964-66), and FORD was later officially announced in July 1991 and subsequently declared illegal by the Moi government. (Throup and Hornsby, 1998: 77-8) Several members of FORD were arrested in November 1991 prior to a pro-democracy rally, which despite having been banned by the government took place. The arrests caused the international community to react strongly with outrage and, more importantly, withdrawing of financial funds. On 26 November 1991 the West discontinued bilateral aid to Kenya.

These events later led to the legalization of opposition parties in December 1991. In a way this enabled Moi and KANU to control the legislative process by having seized the initiative for reform towards a multi-party system. (Throup and Hornsby, 1998: 86) Primarily because of international pressure, but due to domestic pressure as well, president Moi agreed to reforming the party system. A reform that would end the monopoly on political power that his party, KANU, held but also reforms that would address Kenya’s record on human rights that had come under international scrutiny and increasing criticism. (Tordoff, 1997: 16) Furthermore, in December 1991, former vice-president Mwai Kibaki, then minister of health, resigned and founded the Democratic Party (DP).

During the first half of 1992, around 2000 people were killed in tribal clashes in Western Kenya. Consequently, the government put a ban on political rallies, a ban that was later lifted after protests organized by FORD. In December 1992 both presidential and parliamentary elections were held, but because of the oppositions’ lack of cohesiveness and inability to form an alliance against KANU, Moi and KANU were able to remain in control. (Tordoff, 1997: 16) However, it is contested how free and fair these elections really were, and to what extent Moi and his political machine used their incumbent status to control the results. (KHRC, 1998) Moi was elected to a fourth term as president with 36.3% of the vote ahead of Kenneth Matiba (26.0%), Mwai Kibaki (19.5%) and Oginga Odinga (17.5%). Of the 188 seats in the National Assembly, KANU won 100, FORD- Asili and FORD-Kenya gained 31 seats each and DP got 23 seats. (Europa Publications Limited, 1999: 2037)

After the 1992 elections tribal clashes continued. In May 1995 a new political party, SAFINA, was formed by opposition activists who claimed that the party intended to fight for human rights and against corruption. The chairman at the time was Mutari Kigano, a prominent human rights lawyer, and as secretary general SAFINA appointed Dr Richard Leakey, a prominent white Kenyan. Today SAFINA is led by Farah Maalim (chairman) and Mghanga Mwandawiro (secretary general). Again, even though SAFINA represents an important element in Kenyan politics, it did not meet the requirements to qualify for study.