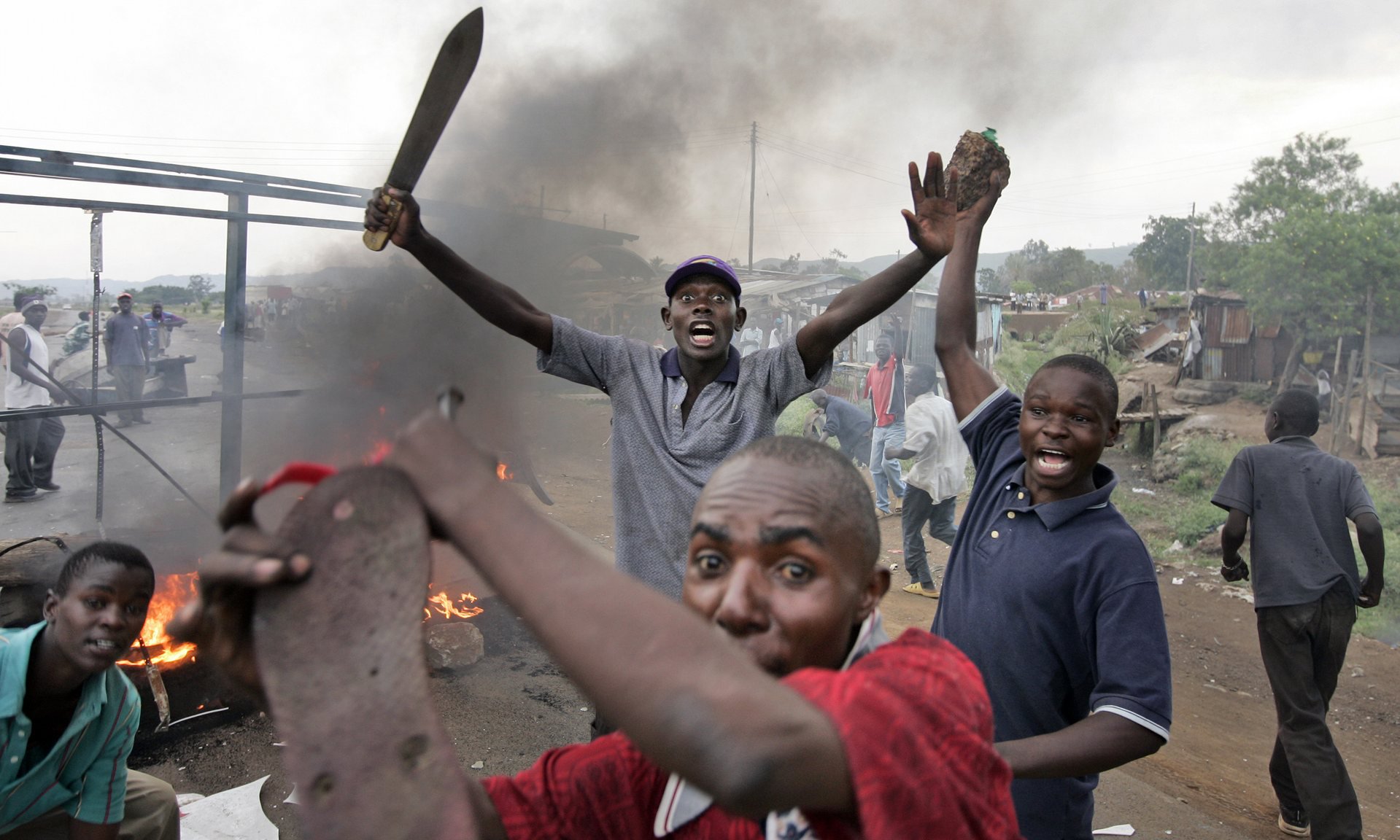 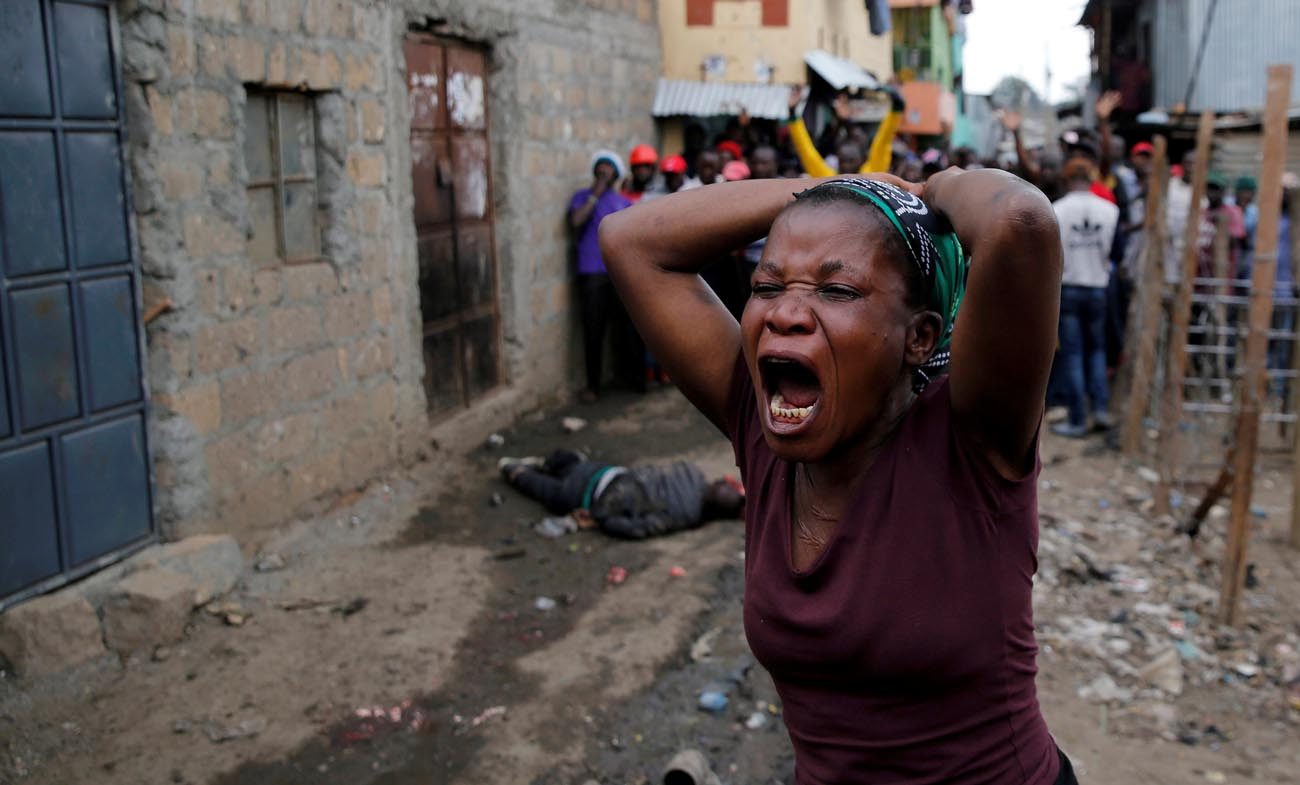 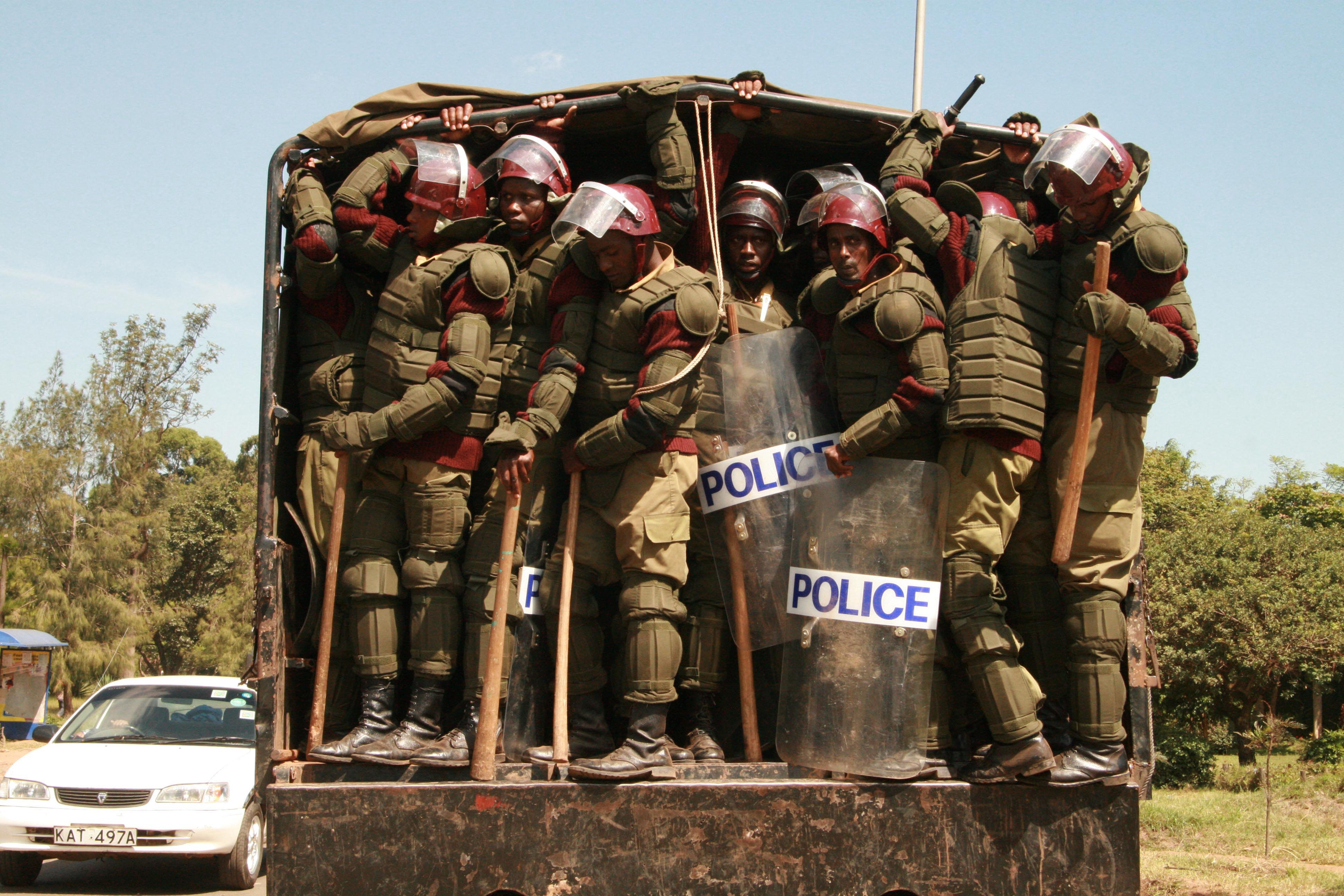 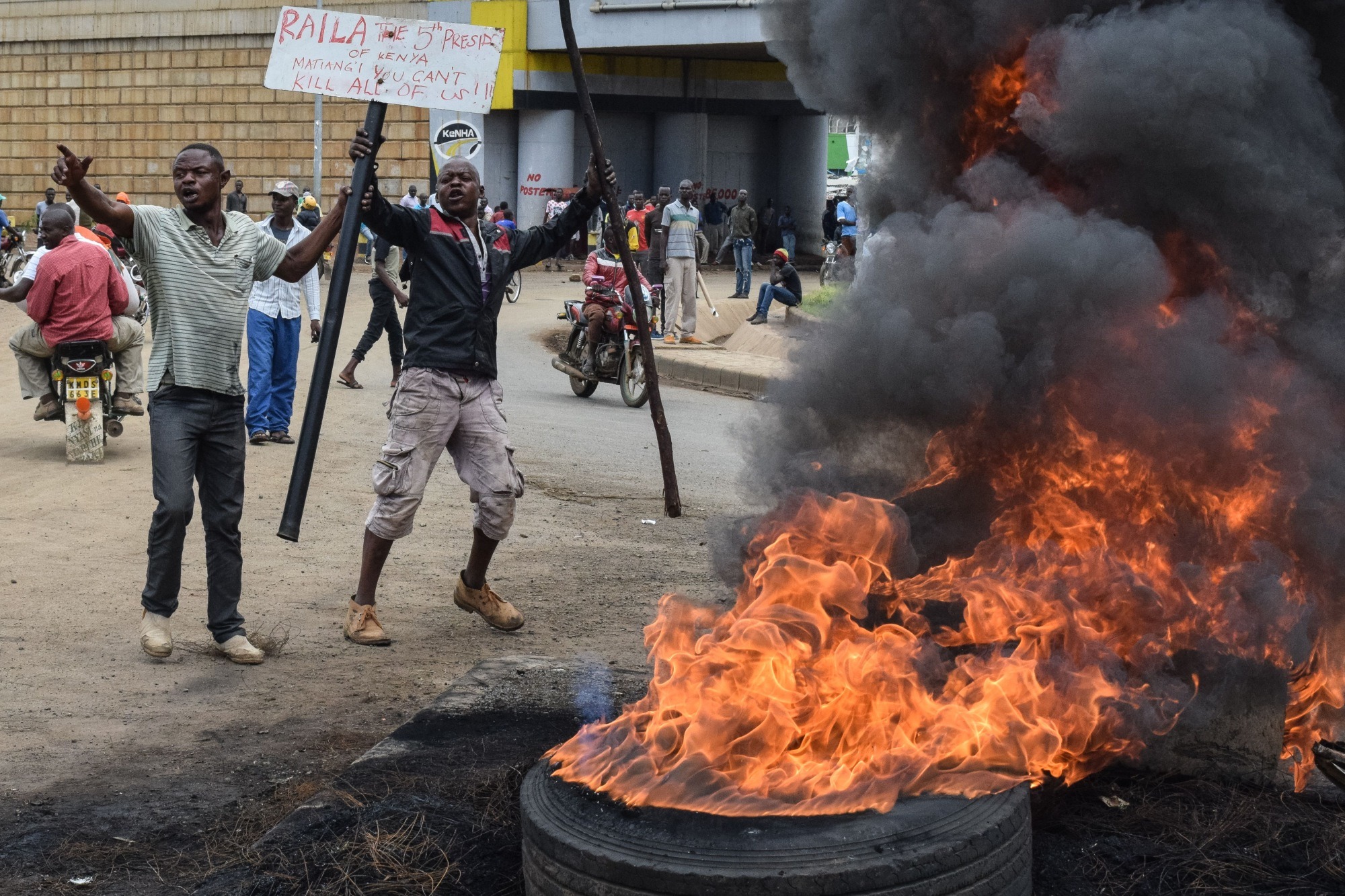 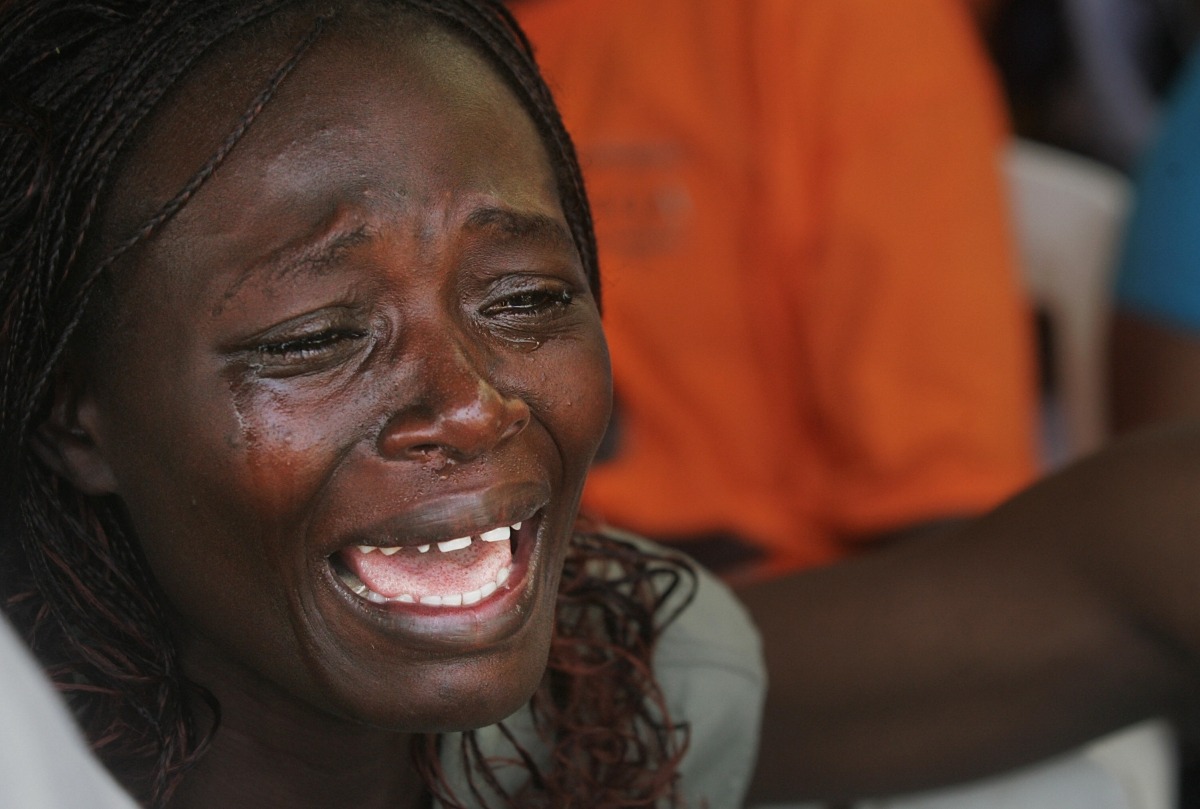 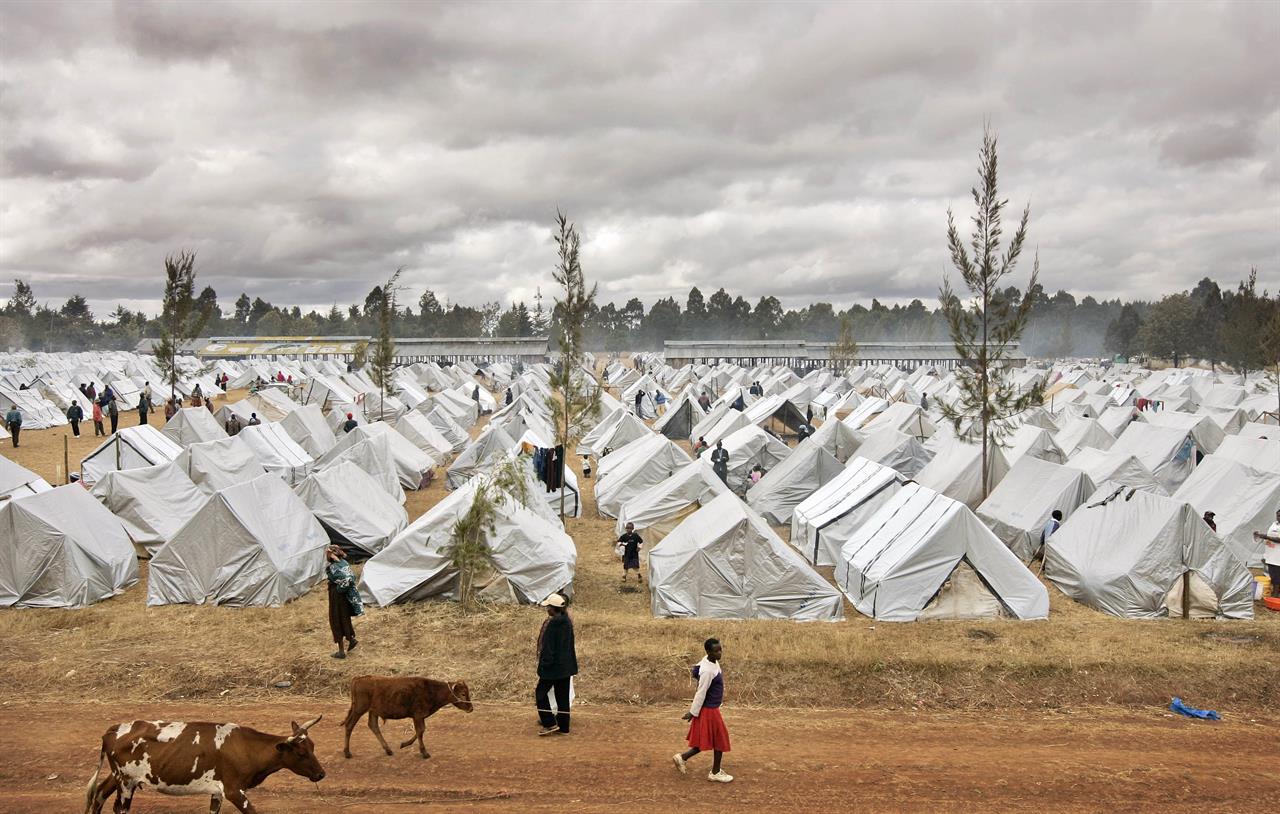 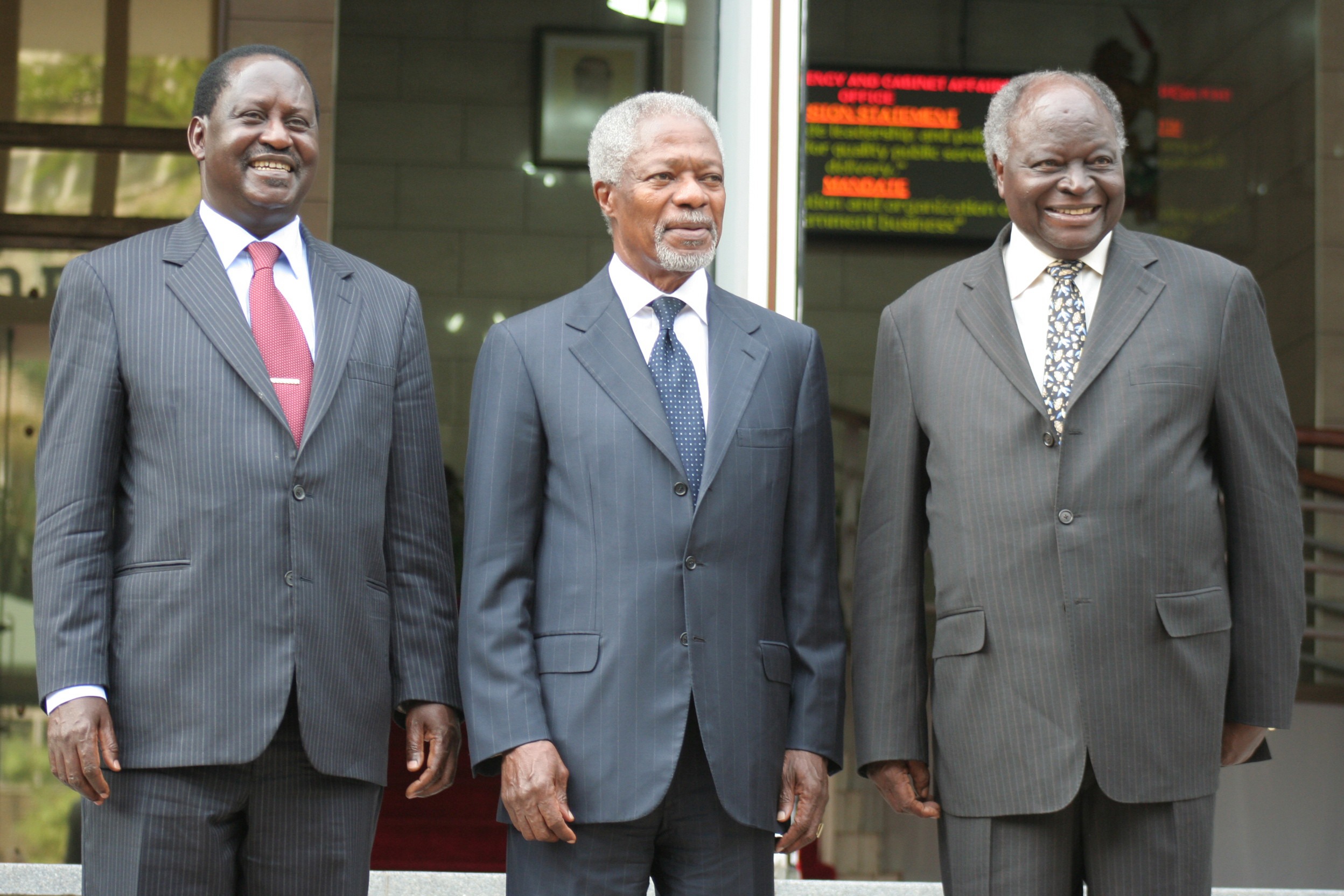 The 2007–08 Kenyan crisis was a political, economic, and humanitarian crisis that erupted in Kenya after former President Mwai Kibaki was declared the winner of the presidential election held on December 27, 2007. Supporters of Kibaki’s opponent, Raila Odinga of the Orange Democratic Movement, alleged electoral manipulation. This was widely confirmed by international observers,[7] as being perpetrated by both parties in the election.[8]

In part due to the ethnic and geographic diversity of Kenyan politics, no one narrative can explain the reaction of opposition supporters to the announcement of Kibaki’s swearing-in, which was done on December 30, 2007 in the evening. In addition to staging several non-violent protests, opposition supporters went on a violent rampage killing Kikuyus. Raila Odinga encouraged supporters to engage in mass protests which he announced on local television and radio stations, most noticeably in Mombasa, Eldoret, Kericho, Kisumu, Nakuru and parts of Nairobi. Police shot hundreds of violent demonstrators, including a few in front of TV news cameras, causing more violence.[9][10]

Targeted ethnic violence (as opposed to violent protests) escalated and at first was directed mainly against Kikuyu people—the community of which Kibaki is a member—living outside their traditional settlement areas, especially in the Rift Valley Province.[11] The violence started with the murder of over 50 unarmed Kikuyu women and children, some as young as a month old, by locking them in a church and burning them alive in Kiambaa village near Eldoret, on New Year’s Day. Tensions in the Rift Valley have caused violence in several previous Kenyan elections, most notably in the 1992 Kenyan Elections. This prompted the Kikuyu to start defending themselves which forced the Luos and Kalenjins to stop the killings of the Kikuyus.

In Mombasa, the Kenyan coastal residents took to the streets to protest the electoral manipulations and support their preferred candidate, Odinga. Tensions rose as the landless indigenous Coastal communities felt this was a time to avenge the grabbing of their land by mainly up–country Kikuyu. Looters also struck a number of stores in Mombasa. The slums of Nairobi saw some of the worst violence, some of it ethnically motivated, some expression of outrage at extreme poverty, and some the actions of criminal gangs. The violence continued sporadically for several months, particularly in the Rift Valley.

Former UN Secretary General Kofi Annan arrived in the country about a month after the election and successfully brought the two sides to the negotiating table. On February 28, 2008, Kibaki and Odinga signed a power-sharing agreement called the National Accord and Reconciliation Act 2008, which established the office of the Prime Minister and created a coalition government.[1] The power-sharing Cabinet, headed by Odinga as Prime Minister, was eventually named on April 13, after lengthy negotiations over its composition;[12] it was sworn in on April 17.[13